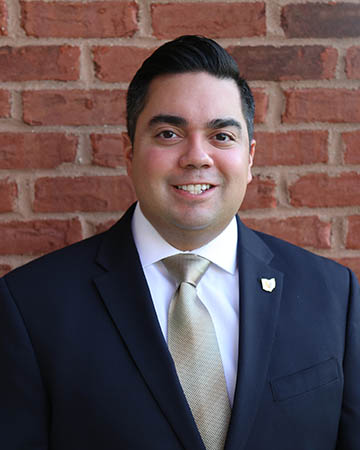 DELAWARE, Ohio – Ohio Corn & Wheat (OCW) welcomes John Torres, CAE, as director of government and industry affairs. In this role Torres will oversee legislative activities for the organization on a statewide basis, including the coordination of legislative and regulatory actions.

“Advocating for good policy is a fundamental reason our organization exists,” said Tadd Nicholson, the executive director of OCW. “John brings an extensive background in farm organizations, a great network and a diverse set of experiences that are sure to benefit Ohio Corn & Wheat.”

Torres is an active volunteer. He served as a committee member for the Ohio State College of Food, Ag, and Environmental Sciences capital campaign advisory committee, has been a volunteer mentor for Ohio State’s John Glenn College of Public Affairs Washington Academic Internship Program and holds a seat on the FarmHouse International Fraternity executive board of directors.

Torres grew up on a northwest Ohio grain farm, and was actively involved in agriculture participating in 4-H and FFA. In addition, he also holds the American FFA Degree.

A graduate of The Ohio State University, he has a Bachelor of Science degree in Agriculture and majored in agricultural business and applied economics with a minor in agricultural education.

He currently resides in Columbus, Ohio.