Did you know that over 95% of all fuel sold in the U.S. today is blended with 10% ethanol? Couple that with the fact that there are more ethanol-blended fuel choices than ever — ranging from 10% to 85% ethanol blend — ethanol is one of the fastest-growing uses for corn. We have seven ethanol plants in Ohio. They use 217 million bushels of corn to produce nearly 600 million gallons of ethanol each year.

Ohio Corn Checkoff, and other state corn checkoffs, invested in corn ethanol research that was a catalyst for a 500 million bushel corn market. Corn ethanol created a market for corn as our yields grew and corn prices fell. Clean-burning ethanol continues to provide an important market for Ohio corn, which in turn supports our economy and our communities.

More ethanol means more distiller grains, a co-product of the ethanol production process. Distiller grains are a popular feed ingredient for livestock and poultry, as they are rich in protein, fat, minerals and vitamins. Corn ethanol is one of the most effective programs a checkoff has created. Ohio Corn Checkoff continues to invest in market development as we grow enough corn to feed livestock and fuel the world. 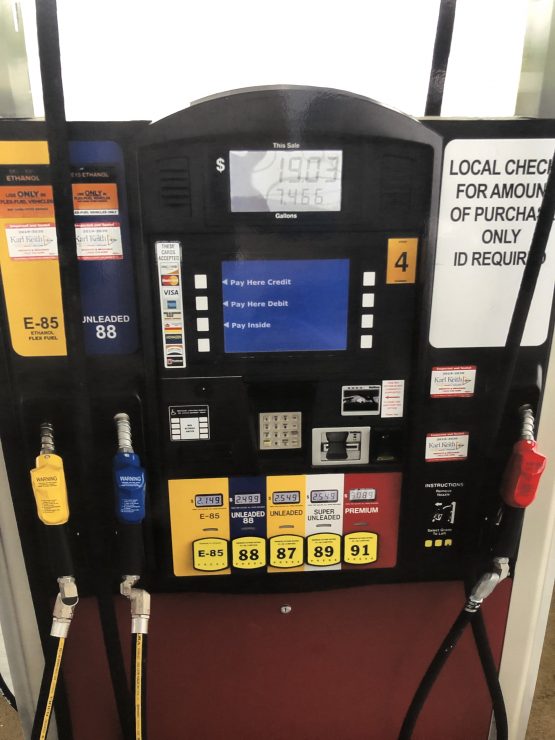 A thriving ethanol industry is a vital market for Ohio’s corn farmers. Currently, Ohio has 7 ethanol production facilities that utilizes roughly 33 percent of Ohio’s corn crop. Ethanol offers an abundance of benefits that include:

The use of ethanol in fuel in 2018 reduced greenhouse gas emissions by 55.1 million metric tons. That is the equivalent of removing nearly 11.7 million cars from the road for an entire year!

The undeniable truth is that ethanol is the cleanest, most affordable fuel additive on the market today. Using ethanol reduces polluting substances from tailpipe emissions such as: carbon monoxide, exhaust hydrocarbons, benzene, toxics, and fine particulate matter. 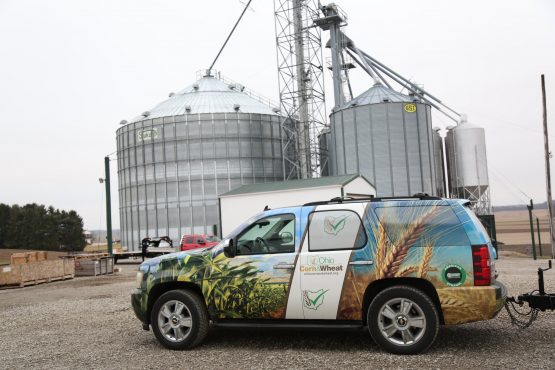 Through strategic partnerships and increased funding, we are working to make ethanol available for all Ohioans. This market expansion is happening through unique, creative strategies and partnerships. Through a grant program, we are offering fuel retailers a way to cost-effectively purchase and install fuel-dispensing equipment that is compatible with ethanol-blended fuels.

Increasing the availability and demand for corn ethanol is one of our top priorities. With your checkoff investment, we will continue to broaden this market. 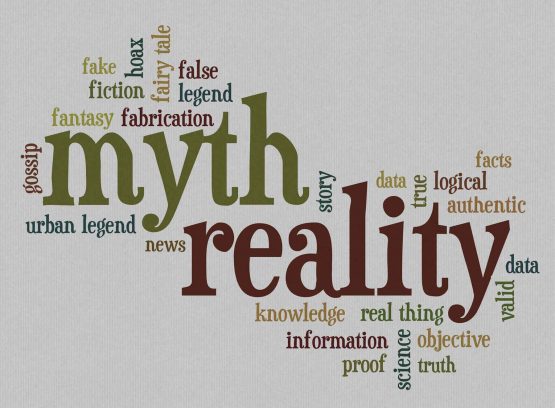 Moving Beyond the Myths with Facts

The ethanol industry boosts the American economy by providing jobs and generating local tax revenue. Ethanol is 100 percent renewable and reduces our dependence on foreign oil. According to the Renewable Fuels Association, in 2012, ethanol displaced an amount of gasoline refined from 462 million barrels of imported crude oil, reducing expenditures on imported oil by $44 billion.

Even with all these benefits, some myths persist regarding the safety of ethanol in your engine. How much do you really know about what is coming out of the fuel pump? There is a lot more to a gallon of gas than petroleum. Today’s gasoline composition is made of up of more than 150 chemicals and compounds. Additives include metal deactivators, corrosion inhibitors, oxygenates and antioxidants – many of which are toxic and harmful to the environment.

Yet with all these toxins and chemicals in the mix, ethanol (a safe, clean burning oxygenate) is often singled out as a culprit for engine issues. Made from corn, ethanol has been used in the United States since the early 1980s. Today over 90 percent of the gasoline sold to millions of Americans for their cars, boats and small engines contains up to 10 percent of this renewable fuel – with no issues. So what’s the real culprit?

A myriad of myths exist about ethanol, click here for more information.

Increasing the availability and demand for corn ethanol is one of our top priorities. With your checkoff investment, we will continue to broaden this market.

We are working with many partners to strengthen the infrastructure necessary to broaden the availability of ethanol: 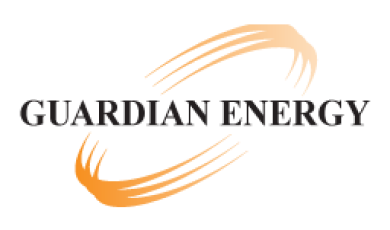