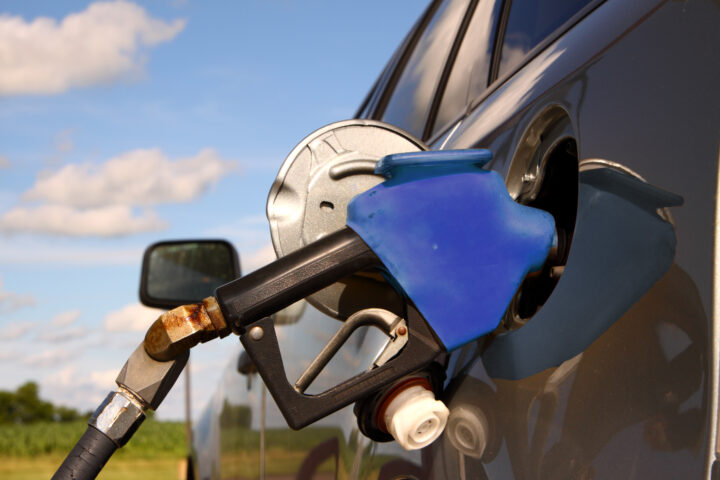 Watch more videos from our series Ohio Corn and Ethanol – A History and A Look Forward here.

Roughly one-third of Ohio’s corn crop is used to produce ethanol. Seven refineries in the state turn 217 million bushels of corn into nearly 600 million gallons of renewable fuel each year. The emergence of that market over the past 20 years has added significantly to the value of corn produced by Ohio farmers.

Consider that in 2004, the year prior to passage of the federal Renewable Fuels Standard (RFS), corn averaged $1.99 per bushel. Today, cash corn prices are roughly 215% higher. That massive increase in the value of Ohio corn is thanks in large part to farmers’ investment in the corn checkoff—and the work of the Ohio Corn & Wheat Growers Association.

“Ethanol was first used as a fuel in motor vehicles by Henry Ford,” explains Tadd Nicholson, executive director of the Growers Association and the Ohio Corn Marketing Program. “He used ethanol in the Model T because ethanol made from corn was something anyone could make at a time before gas stations.” 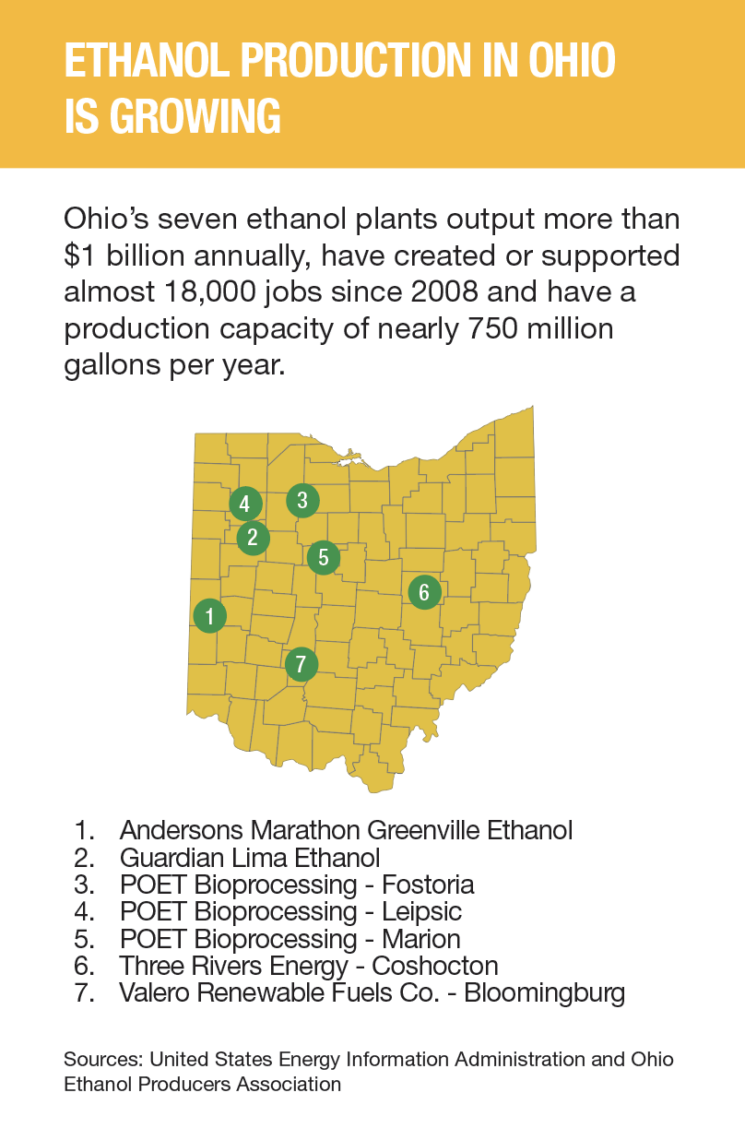 With the rise of the oil industry in Texas and the broader Southwest, the idea of a corn-based fuel supply was shelved in favor of cheap petroleum, although ethanol was in high demand during World War II due to fuel shortages.

But it wasn’t until the 1970s that a fledgling ethanol industry started to take shape. With high oil prices and environmental concerns related to leaded gasoline, the timing was right for a cheaper, renewable alternative.

When the Ohio corn checkoff was created in 1989, the program’s farmer leaders knew ethanol production was a huge opportunity to drive demand for corn, and thereby increase corn prices.

“Right away there was a lot of work done to make the ethanol production process more efficient so it could be a viable source of fuel,” Nicholson says. “When we got the production process down, and the business side was ready, it was time to get the policy work done.”

That process involved many farmers, including several from Ohio, lobbying members of Congress and the several regulatory agencies charged with oversight of the nation’s fuel supply. Passage of what would become the Volumetric Ethanol Excise Tax Credit (VEETC) in the 1970s was the first step; the legislation established a tax credit worth 45 cents per gallon of ethanol blended with gasoline. 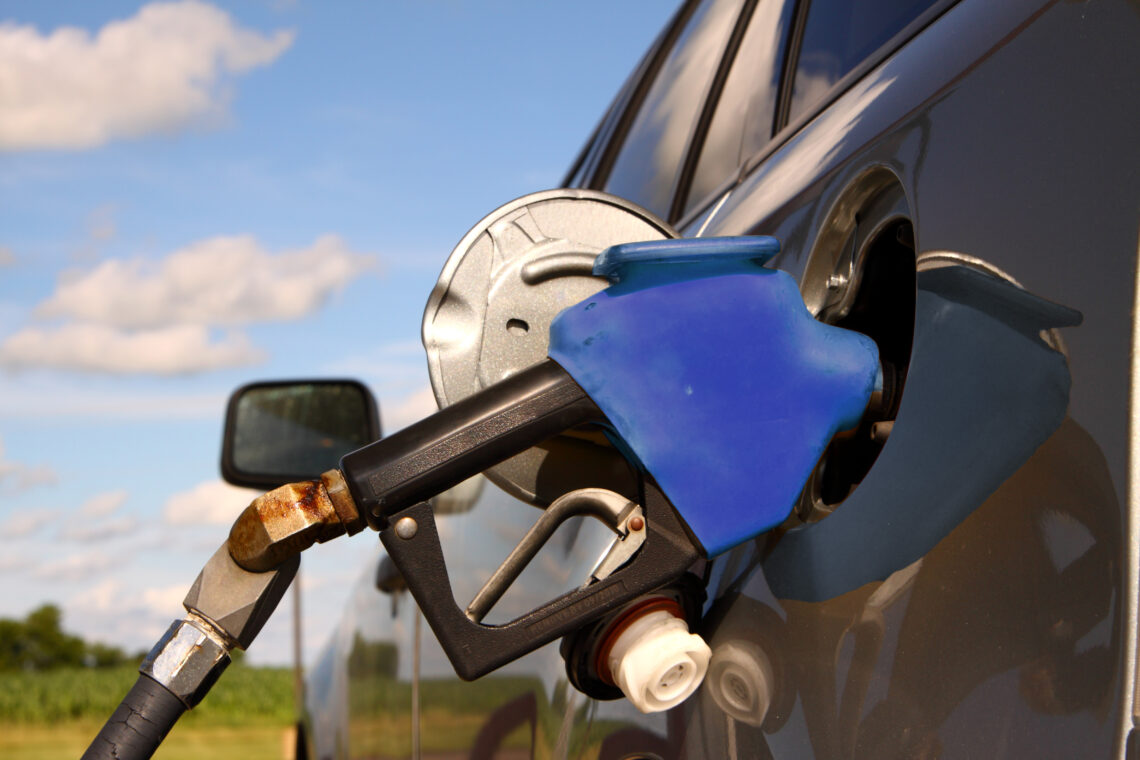 VEETC was, in essence, an incentive for blenders to include ethanol in the fuel supply and opened the door for passage of the RFS in 2005. The RFS shifted the nation’s ethanol policy from incentivizing the inclusion of the corn-based alternative in the fuel supply to requiring a minimum volume of ethanol to reduce the quantity of petroleum-based fuel used in the U.S.

Today, that volume stands at 36 billion gallons per year as set by the Energy Independence and Security Act of 2007. It is important to note that VEETC expired more than a decade ago, and there is no longer any kind of government subsidy for ethanol—although that myth persists.

Another policy shift that occurred with the dawning of the RFS was the phasing out of Methyl Tertiary Butyl Ether (MTBE) as an oxygenate in the fuel supply. States like California and New York led the way in banning the use of MTBE as a fuel additive, but the RFS prompted refiners to largely abandon MTBE in favor of ethanol.

“Around 2004, Mike Wagner had just retired as Ohio Corn Growers Association executive director, but continued consulting with the ethanol industry to bring ethanol plants to Ohio,” Nicholson remembers. “His work, along with that of the Corn Checkoff, convinced companies that we could not only grow enough corn here, but also that we are in close proximity to the populous areas of the Eastern U.S.”

The access to plentiful feedstuffs and an abundance of potential consumers was enough to entice companies to eventually build seven ethanol plants in the Buckeye state. “Almost all of the ethanol produced here gets used here,” Nicholson says. “Any excess gets shipped by rail to the east coast.”

Today, with plants established and the industry’s infrastructure in place, the Corn Checkoff has turned its attention to the consumer. Educating consumers about the benefits of ethanol is part of this work, along with creating access to ethanol throughout the state.

One example is investing and partnering with retailers and fuel pump manufacturers to transition pumps from E10 to E30, so pumps are compatible with any fuel blend. To further this work, the Checkoff has recently invested in a new ethanol specialist position to continue growing this vital market for Ohio corn.

Nearly 15 years after the opening of Ohio’s first ethanol plant, farmers are still producing renewable fuel that is helping reduce Americans’ dependence on petroleum. And as importantly, the work that the Checkoff has done to grow Ohio’s ethanol industry, continues to pay dividends for farmers across the state.