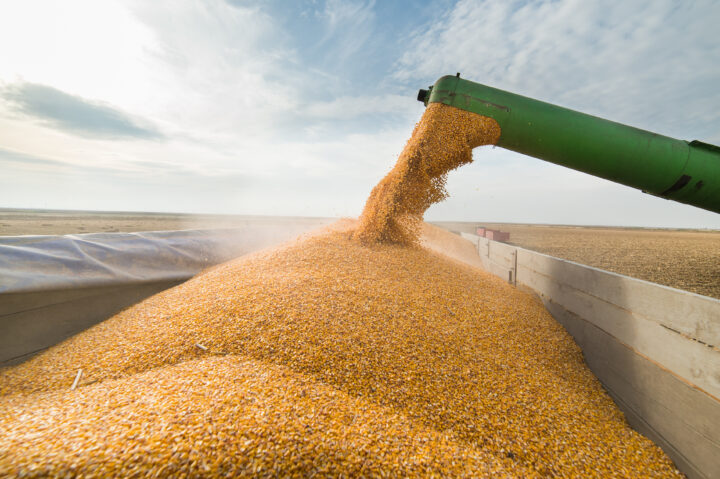 5 Things You May Not Know About Corn & Wheat Production

National Ag Day was created by the Agriculture Council of America (ACA) in 1973 as a way to recognize the vital role agriculture plays in everyone’s lives. Much of the general public does not know, or does not realize, the various aspects of agriculture that affect us all on a daily basis. Agriculture provides almost everything we eat, use and wear—and National Ag Day offers a chance to show our appreciation for the grower-members who make up Ohio Corn & Wheat.

In honor of National Ag Day, we see our job as an educator on the production of corn and wheat. These two commodities are essential to the agriculture industry, the oil industry and the entire economy, though there are many aspects of the production operation that most people are not aware of.

Read on to learn five things you may not know about corn and wheat production.

1. One acre is the size of a football field.

What does that look like in terms of production? In the United States, one acre of wheat yields an average of around 40 bushels of wheat. One bushel of wheat contains approximately one million individual kernels and weighs approximately 60 pounds.

2. Most of the corn fields in Ohio contain field corn, not sweet corn.

Did you know less than 1% of the total corn crop in the United States is sweet corn? The majority of corn grown in Ohio is a different variety known as field corn. Humans don’t eat field corn because it is heavily consumed by animals—cows, pigs, chickens and turkey—as feed. Field corn is also used to make ethanol—a renewable corn-based fuel—and other biomaterial products such as firework shells, bags, shoes, carpets and more.

How can you tell the difference between the two, you might ask? During harvest season, you can differentiate field corn from sweet corn because field corn is ready to be harvested when the leaves, or shucks, are brown and the ears of corn start to droop away from the stalks. Sweet corn, on the other hand, is picked when the shucks are still green and close to the stalk. Field corn is harvested when its kernels are dry because they can then be stored for months—or even years—and used when needed, without fear of “going bad.”

3. There are seven ethanol plants in Ohio alone.

Those seven plants output more than $1 billion annually, have created or supported 17,697 jobs since 2008 and produce up to 676 million gallons of ethanol yearly.

4. Today, nearly every gallon of gasoline in the U.S. contains a minimum of 10% ethanol derived from corn.

Each year, roughly 30% of field corn goes into fuel ethanol. Ethanol is the second-largest customer for U.S. corn.

Ray Van Horn, an Ohio Corn & Wheat grower-member, produces wheat. All of the wheat his operation produces is used in the production of Goldfish crackers. We thank farmers like Ray for allowing kids and families throughout the world to enjoy delicious snacks, like Goldfish!

Hopefully this quick look into the world of corn and wheat growers has provided a better understanding of how the two crops are essential to the livelihood of not only those who produce them, but to people around the world.